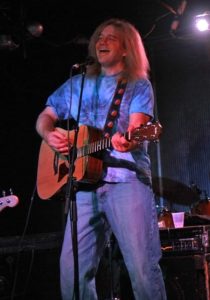 OTR 2019 entertainment opens with Grateful Gary, a solo guitarist and vocalist from the
Chicago area who plays a blend of hippie and retro music like Crosby Stills Nash, Pink
Floyd, Grateful Dead and Neil Young. He has entertained at numerous other caver
events like NSS Convention, Kentucky Speleofest, MVOR and previous OTRs.
Gary also is ‘one of us,’ a caver, NSS Life Member, Mammoth Cave Resto Crew
member, chair of the Sub-Urban Chicago Grotto and Assistant Copy Editor for the NSS
News. He also put together this year’s OTR Guidebook!

Otherwise, Gary can be found at the controls of the Pavilion sound booth for the rest of
the weekend, as he’s a fully-qualified audio engineer. 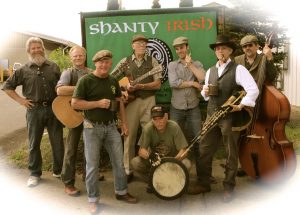 Everyone enjoys a wee bit of Irish music, and perhaps also a pint of Guinness! What
better way to enjoy them both than to check out The Shanty Irish Band. Consisting of
friends, cavers and long-time TRA members, the lads play traditional Irish folk music
that dates back to the 18th and 19th Centuries, what would be heard in the so-named
‘singing pubs’ that are scattered throughout Ireland. Many of the songs, shanties, reels
and jigs tell tales of fighting, revolution, love and the wonders of poitin and porter (–
whisky and beer). Come join The Shanty Irish Band on Friday at Cooters Pub.

Fre3KBasS and the Bump Assembly 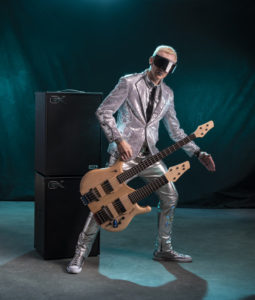 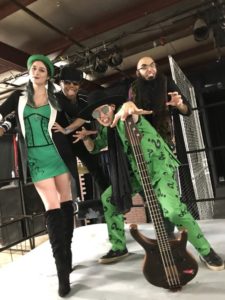 Fre3KBasS and the Bump Assembly is the perfect band for Friday evening at OTR
2019. The Cincinnati-based groove machine plays a booty-shakin’ blast of Urban-
Techno-Funk that’s guaranteed to make you glad you wore your Boogie shoes! You’ll ​
dance all night to tunes inspired by artists such as Prince, David Bowie, Talking Heads
and Parliament Funkadelic.

‘Fre3KBasS’ is a vocalist and bassist who the legendary Bootsy Collins referred to as
“the new spiritual warrior for the Funk.” Along with his band The Bump Assembly, he’s
known for his energetic live show and ignited low-end sound. The band is a staple on
the festival and touring circuit, and has shared the stage with such diverse artists as
Bernie Worrell, Umphrey’s McGee, Sammi Garett, Turkuaz, Dumpstaphunk, George
Porter Jr., Buckethead, DJ Logic and Mike Gordon.

from the band website: “A mythic mutation of hyper-trans-dimensional origin has finally
arrived… The Majestic Overlord of Low End… Fre3KBasS! Utilizing his primordial
subsonic technologies to enlighten the masses via dynamic principles of Fre3k-
harmonic-synergy, thus uniting our secular global communities with the indomitable
spirit of Faith, Hope & Love for The Funk…”

Here’s a Live video from 2017 for your listening pleasure and to warm you up! 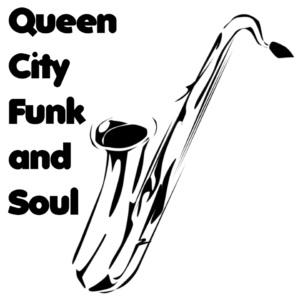 “Disco music in the ’70s was just a call to go wild and party and dance with no thought
or conscience or regard for tomorrow.” ~ Martha Reeves, age 77
Clearly, Martha must be a caver because, as she alluded, the OTR 2019 Saturday Night
Disco Party will be a wild affair with no regard for tomorrow! Our headline entertainment
will be OTR favorites ‘Queen City Funk and Soul,’ which (for one night only) is
transforming itself into ‘King Town Disco and Pop.’

This is the same fantastic band that rocked us most recently at OTR 2016, with cavers
demanding TWO encores at the end of the night. And now, they’re back!
King Town Disco and Pop is a dance band from the heart of Appalachia that consists of
no fewer than eleven band members, including three lead vocalists, a three-piece horn
section, drums, percussion, keyboards, bass and guitar. This herd of skilled musicians
will help us relive The Disco Era in true boogie-fashion.

Remember, Saturday night at OTR is traditionally ‘costume night.’ So grab that polyester
suit, dust off your bell-bottoms, starch your wide-lapelled shirt, put on your Boogie
Shoes and get ready to celebrate the 70th OTR in true 70s fashion!

Great 70’s tune for you listening pleasure and to “Shake Your Groove Thing“! 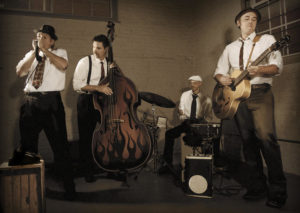 Music for the Sunday River Party can be described as a spicy brew of early American
blues, jazz, funk and swing. From Virginia, Hard Swimmin’ Fish will bring a down-home
roots sound that combines both traditional and moderm musical motifs into a blend that
is familiar yet uniquely their own.
You’ll be amazed at the retro-electronics that the band uses: a telephone receiver as a
harmonica mic, a 1938 Zenith tabletop radio fitted as an amp and a 1950s Samsonite
suitcase converted to a Fender amp.
Demian Lewis (guitar/vocals) and Waverly Milor (harmonica/vocals) are steeped in
blues traditions of the American South. Conjuring the wails of Howlin’ Wolf, R.L.
Burnside and Bukka White, they pen original compositions harkening to an old-timey
blues show. Rooting the ensemble are bassist Randy Ball and rhythm master Jason
Walker.
We’ll see you at the River Party on Sunday… don’t forget a lawn chair, sunscreen and
libations in non-glass containers.

Buzzz City is a loose confederation of caver-musicians who have played group
performances for years at OTR. They formerly played at their campsite, at Cooters or
wherever they could. In recent years, Buzzz City began performing at the First Aid
Station as a thank-you and to raise money to fund medical supplies. The ‘Band-Aid’ (get
it?) fundraiser started eight years ago. Buzzz City performed at the Pavilion the past two
years, and the band has proved to be a big hit (not to mention the money raised for the
First Aid Station)! This year’s performance once again will immediately follow the
Sunday Awards Ceremony at the Pavilion, and once again will be a benefit for the First
Aid Station. You’ll hear lots of good old-timey songs, including their crowd favorite, The
OTR Anthem!